When Teresa Scanlan was crowned Miss America 2011 at 17 years old, she became the youngest woman to wear the crown in over 70 years and the very first Miss Nebraska to become Miss America. Growing up in western Nebraska as the middle of seven children, Teresa was homeschooled for all but her last year of high school and worked at the local grocery store while volunteering in her town of 8,000 people and becoming increasingly involved in her church.

Just two weeks after high school graduation, Teresa became Miss Nebraska 2010 and six months later was crowned Miss America 2011. Throughout her year of service as Miss America, Teresa traveled over 150,000 miles, visiting 40 states and four countries to promote the Miss America Organization and the scholarships it provides, as well as serving our nation’s military and working with the USO. Not only during her year, but to this day, she has traveled the globe as a performer and spokesperson for many causes and organizations. A passionate advocate for agriculture, Teresa is a spokesperson for Farm American and has worked extensively with many agriculture groups. Teresa often lends her voice to issues such as purity, Constitutional Law, political advocacy, and youth and women’s issues. She is also the official spokesperson for the humanitarian non-profit The World Around You in Haiti and serves on the board of Imani Community Development in Kenya.

She is now a full-time Government major at Patrick Henry College in Purcellville, Virginia, where she is set to graduate in the spring of 2016. She is a member of the Moot Court Team and Student Senate, attends and volunteers at Cornerstone Chapel, and helps lead the Loudon County Teen Community Bible Study for high school students. Following graduation, her plans include attending Harvard Law to become a criminal prosecutor. Hoping to become a judge and eventually be involved in the political arena, her highest career goals are to run for President or be nominated to the Supreme Court. As a Christian in the political arena, she hopes to break down the stereotype of crooked and dishonest politicians, operating instead under character and integrity.

Teresa is additionally working as a pageant coach, and also offers professional and personal coaching in a variety of areas, especially health and fitness. In her spare time, she enjoys singing, playing piano and guitar, cooking, hiking, and making clothes out of colored duct tape, among many other hobbies. In January 2012, she released her first album, titled “Dueling Pianos” with composer and pianist Calvin Jones.

Teresa can speak on a variety of subjects.
Washington, D.C. 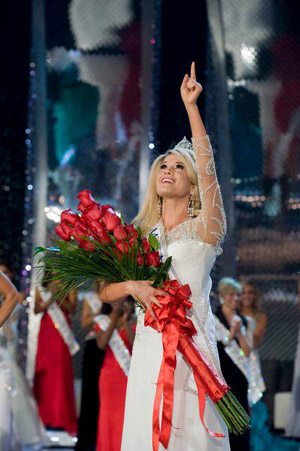