Believing Every Child Can Achieve His or Her Dreams

Dr. Salome Thomas-EL lives in Pennsylvania with his family and has been a teacher and principal since 1987. He is currently a K-8 principal in Wilmington, DE, and received national acclaim as a teacher and chess coach at Vaux Middle School in Philadelphia, where his students have gone on to win world recognition as Eight-Time National Chess Champions.

Dr. EL was a regular contributor on The Dr. Oz Show and is the author of the best-selling books, I Choose to Stay (movie rights optioned by Disney Films), and The Immortality of Influence (foreword by Will Smith), which stresses the importance of leadership, mentoring, parenting, and service to others. He is also the co-author of three new books, Passionate Leadership, Building a Winning Team, and Retention for a Change.

Dr. EL speaks to groups around the country and frequently appears on C-SPAN, CNN, and NPR Radio. He has studied at Cambridge University in England, Lehigh University in Pennsylvania, and holds a doctorate in Education Leadership from Wilmington University in Delaware. He has received the Marcus A. Foster Award as the outstanding School District Administrator in Philadelphia, and the University of Pennsylvania’s distinguished Martin Luther King Award. Reader’s Digest magazine recognized him as an “Inspiring American Icon.” Dr. EL recently appeared on Good Morning America and was featured on the Oprah Radio network.

“Teaching & Leading in Challenging Times: The Love & Resilience of Educators”
“Every child deserves someone to be crazy about them.” This is the mantra of Dr. Salome Thomas-EL, award-winning teacher and principal, and internationally recognized educator. Principal EL believes that an effective school culture is a positive environment that supports learning for each and every student. In challenging times, a healthy school culture is needed. One where there is a belief that every student holds unique gifts and talents, and has the innate ability to be successful.

In this thought-provoking presentation, Dr. EL will share how we can transform school cultures and foster a positive school climate so teachers and leaders can focus on the protective processes that build resilience in all of our students. Creating literacy-rich classrooms, risk-taking, innovation, and building powerful relationships are all key to sparking a cultural revolution in our schools. In his keynote address, Principal EL brings a powerful combination of passion, caring, and leadership to craft a refreshing, common-sense roadmap for teachers and administrators to help kids achieve their dreams, no matter the odds.

Dr. Thomas-EL uses practical, real-world examples to present the universal methods he has so successfully used to help his students achieve their dreams. He famously began a chess club-the Mighty Bishops-to teach his students at an early age to think critically and to resolve conflict with their minds instead of their fists. Not only did his students win national championships and become local heroes among their peers, they also scored high on the SAT, which got them into colleges and universities. Principal EL found himself faced with kids who weighed more than he did, so he started a simple summer program where the students walked to museums and other cultural events around the city; those who exercised felt better about themselves and in turn became better students. Citing the importance of exposing his students to the world outside of their own sometimes troubled community, he tells of taking 15 of his African American kids to rural Vermont, where they interacted with white children their age and discovered how much they had in common. All of these students were later accepted to magnet high schools.

“I Choose to Stay”
Dr. Thomas-EL is the author of I Choose to Stay: A Black Teacher Refuses to Desert the Inner City-an intensely moving story of loyalty and courage and a deeply personal tribute to the great potential of inner-city kids. In 1997, as a teacher at Roberts Vaux Middle School in Philadelphia’s inner city, he was offered a promotion, not only because he had helped to improve scholastics, morale, and discipline at his school, but because he had taught children to play chess—and win local and national competitions. Salome turned down the promotion. He was committed to staying and being the role model those children needed. Armed with a chessboard and a profound belief in their potential, Thomas-EL’s faith and commitment have motivated hundreds of children in Philadelphia to attend magnet high schools, major colleges, and universities. His story proves that teaching in public schools can result in excellence and success for children most of society has abandoned. Reflecting on how it feels to see a young person he has mentored walk down the aisle toward a real future instead of to an early grave, Thomas-EL has said, “I’ve been to too many funerals; I need to go to more graduations.”

Passionate Leadership: Creating a Culture of Success in Every School (Buy Here)
This is an inspiring call to action for teachers and principals around the world to recommit to passionately serving children, building the communities children deserve, and celebrating our successes. The authors of this book examine what it takes to be a passionate leader and take courageous actions that lead to student growth and success. Educators ready to push to new heights and break boundaries will find:

The Immortality of Influence: We Can Build the Best Minds of the Next Generation (Buy Here)
Influenced in no small part by the powerful mentors in his own youth, the award-winning educator and acclaimed author of I Choose to Stay offers a commonsense, inspiring road map to mentoring kids to thrive in today’s challenging world—and creating a legacy of success for generations to come.

I Choose to Stay: A Black Teacher Refuses to Desert the Inner City (Buy Here)
An intensely moving story of loyalty and courage and a deeply personal tribute to the great potential of inner-city kids.

“It was a real delight to have Salome Thomas-EL as our Opening Speaker – particularly in that role, early on in the conference, (as) he (got) people energized and excited about the meeting. He made his story relevant to everyone in the room and the feedback was overwhelmingly positive. I will be sure to recommend him as a speaker to my fellow regional vice presidents.”
The College Board (Midwest Regional Forum)

“The ideas and experiences Principal EL shared will serve to enhance the quality of local public education in districts throughout Connecticut. You should be pleased to know that the audience in your keynote address enjoyed your presentation very much. Our members loved you! Thanks so much.”
Connecticut Association of Board of Education

“Salome was OUTSTANDING!!! Loved him. One of the best speakers we have ever had.”
Tennessee School Boards Association

“Salome was a big hit at the Regional Forum and well received by the conference attendees. He was a pleasure to work with and all of our staff enjoyed their interactions with him.”
The College Board (Midwest Regional Forum)

“I am emailing you to thank you for your fantastic keynote address at the NASP Conference this past week in Chicago. I am one of the 6,000 who did not get to meet you but I wanted to tell you how moving I thought your speech was. You reminded me that there are so many kids, communities, schools, and families who need, want, and appreciate people that choose to go into education. I want to go work in the New York City school system when I complete my degree here. I hope to change even just one school or even just one child in the same way that you have. Thank you for your time this past Wednesday.”
NASP Conference Attendee 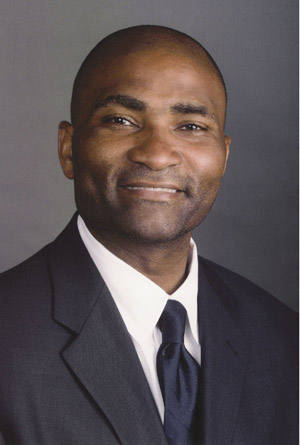