Ever wonder why certain teams WIN consistently, whereas others come up short? Ross explains WHY — in an engaging and visually entertaining style that’s designed to improve YOUR organization’s overall performance, morale and bottom-line profitability.

The best-selling author of nearly 50 sports books, Ross Bernstein is an award-winning business speaker who helps companies and organizations perform more like CHAMPIONS. Ross and his books have been featured on thousands of television and radio programs over the past 20 years, including CNN, MSNBC, CBS This Morning, FOX News, Bloomberg, ESPN, Sports Illustrated and the CBC, as well as in the Wall Street Journal, New York Times, L.A. Times, USA Today, and Maxim Magazine.

Ross’ signature program, “The Champion’s Code,” is based on more than six years of research that resulted in two critically acclaimed series of sports-business books. The first examines how and why certain teams win world championships; while the other chronicles the unwritten and unspoken rules in the world of sports, or “codes” as they are known, which explores the fine line between cheating and gamesmanship — and the consequences involved when that line is crossed.

In his presentation, Ross identifies upwards of 100 unique characteristics and traits that are common among champions, which he then ties into poignant life lessons and inspirational stories that relate back to his client’s event theme and desired learner outcomes.

Based largely on the “Good to Great” ideology of how the best companies are able to separate themselves from the rest of the pack through dynamic leadership and extraordinary customer service, Ross’ program reinforces the concept that individuals win games, but TEAMS win championships. Momentum, roles, buy-in, motivation, consistency, sacrifice, trust, chemistry, work-ethic, innovation, karma, and being humble — they’re all a part of what it takes to become the best of the best — a champion both on and off the field.

“The Champion’s Code: Life Lessons of Ethics & Accountability from the Sports World to the Business World”

Raising Lombardi
What it Takes to Claim Football’s Ultimate Prize. Bestselling sports author Ross Bernstein interviewed more than 100 of the fortunate few from NFL history, both players and coaches, who share the common thread of being championship winners. Buy Here

Raising Stanley
What it Takes to Claim Hockey’s Ultimate Prize. Superstars of yesterday and today also share funny and poignant behind-the-scenes stories, from bench-clearing brawls to rookie hazing initiations to hilarious tales about where some of the game’s biggest names have taken the Cup during the off-season. Buy Here

World Series Winners
What It Takes To Claim Baseball’s Ultimate Prize. More than 50 current and former Major League Baseball players, managers, and coaches answering questions such as, how are great teams built? How do you keep players motivated when momentum seems to be turning against them? And what are the key qualities that every leader must possess? Buy Here

The Code
The Unwritten Rules of Fighting and Retaliation in the NHL. More than 50 NHL players, coaches, and media personalities were interviewed to examine how players go about their business during a fight on the ice. Buy Here

“Ross, thank you so much for your amazing ‘Champion’s Code’ presentation at S.P. Richards’ 2013 Advantage Business Conference in Orlando. Your program scored the highest rating in terms of overall value to our customers and their businesses. Feedback forms were jam-packed with superlatives like “Passionate!” “Very inspiring!” and “Best motivational 75 minutes I’ve ever attended.” The enthusiasm carried over into the hallways after your sessions and a number of people stopped me specifically to thank me for hiring you. Thanks for helping to make our 2013 event the best ever!”
Sandra Williams, Director of Dealer Training and Development, S.P. Richards Company

“We had Ross come in and be our keynote speaker at our first ever awards banquet for about 200 people in our sales operations and support organization. He was very conscientious about meeting with me beforehand and making sure to tailor his presentation to our audience as well as the tenor of our meeting. It is a tough audience in that it has a wide range of people, from back office order entry folks to people who do field training in our highly technical field to three sales VP’s there to lend support. Ross did a great job during his presentation of capturing the attention of everybody in the room with his attitude and enthusiasm but most importantly with the substance of the message. Everybody could find something to relate to, and the message fit perfectly with what we were trying to get across to the team. We gathered feedback after the event, and it was literally universally positive, with Ross’ contribution a big reason why. We will certainly be looking for opportunities to work with Ross in the future.”
Tim Ertmer, Director, Boston Scientific Corporation

“Ross, you hit it out of the park! Thank you for speaking to the extended leadership team at OptumHealth. Your energy was contagious and the feedback has been overwhelmingly positive. Leaders appreciated you weaving our business values and issues into your presentation, and it was refreshing to have so many winning sports stories that apply to our workplace and competitive landscape. You have the ability to tell very impactful and inspiring stories; we appreciated having you join our team for the afternoon!”
Sue Mulkern, Vice President, OptumHealth

“Ross, Your presentation is still ‘hanging’ with me. You are the best speaker we have had at any function and I’ve heard from many of the attendees on how much they enjoyed it. My career as a Hotel General Manager is 20 years of service. Over that time I have had the opportunity to hear many speakers for a variety of brands from Carlson Companies, to Holiday Inn and Marriott. I have heard and met Elizabeth Dole, Jimmy Johnson, Marilyn Carlson Nelson, and many other well known speakers, but your presentation was the most heartfelt. Thank you again for the presentation and the book, my husband loved it!”
Anne Hickok, General Manager, SpringHill Suites by Marriott 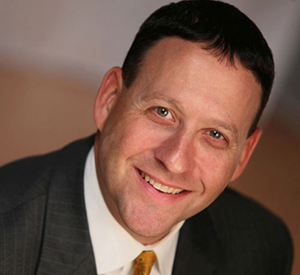