Rohan Murphy is a nationally recognized youth speaker that has spoken in over 40 states. Rohan, who lost his legs at birth, started to wrestle his freshman year of high school. After a successful high school wrestling career, he went on to wrestle at Penn State University. In addition to wrestling, Rohan Murphy is also an accomplished powerlifter, competing in international competitions all over the world representing the USA.

Rohan Murphy has been featured in publications such as ABC News, Sports Illustrated, and many more. He was even featured in his very own Nike commercial to motivate and inspire people to exercise and live a healthy lifestyle.

Now Rohan Murphy is a professional motivational speaker. He lived his whole life motivating people by his actions, he is now motivating the youth of America by his words. Rohan’s life story is a gripping tale of adversity, dedication, and living life with a purpose.

No Legs, No Problem!
Rohan’s target audience is the youth of America because he believes from the bottom of his heart that his life story and speech can reach kids of all ages and inspire them to also live a purpose-driven life. He talks about priceless life skills, such as overcoming adversity, dedication, and discipline. His diverse background allows him to be versatile so that he can focus his speech on specialty topics like disability awareness or physical fitness.

“I had the opportunity to hear Rohan Murphy address several Husker teams and was very impressed with his sincerity, passion, humor and candor. His story is one of perseverance, self-belief, sacrifice, work ethic and determination. His real-life story is a perspective changer as certainly we all face challenges, obstacles and adversity, most of which would pale in comparison to what Rohan has endured and overcome. Rohan has proven that ‘anything is possible’ and I believe his message made a memorable impact on our student-athletes that will motivate and inspire them to greater success.”
Tom Osborne, Former Head Coach & Athletic Director, University of Nebraska-Lincoln

“Our students (grades 6-12) had an opportunity to listen to Rohan and he was an instant hit. Beyond his message and physical attributes, he was able to get the students and staff engaged in his demeanor and personality, and gave them the mindset of “No Excuses”. The message of overcoming challenges, looking for opportunities, believing, and having a positive mindset was given in a way that our youngest to oldest students could resonate within their lives. The time he took to talk to the students, encourage them, and show how anything is possible will be something they will never forget.”
Jim Widdifield, Superintendent, Minden Public Schools

“Our students were mesmerized by Rohan’s story, amazed by his determination, in awe of his strength, and impressed with his attitude. The mix of humor and reality made the time pass quickly and kept students’ and staff’s attention the entire time. Rohan’s ‘no excuses’ philosophy was great inspiration to all those who attended. I strongly recommend his program and believe it to be beneficial in so many ways to listeners of all ages.”
Dr. Dan Endorf, Superintendent, North Bend Central Public Schools

“I had the great pleasure of hearing Rohan Murphy speak in front of a large audience recently. From the moment he hit the stage he had the audience eating out of his hand and kept us captivated the whole time. He is personable, articulate, funny and most importantly, an inspiration to all. His message that “you can do anything” truly hit home coming from a young man lost both his legs at the age of four who went on to become an accomplished high school and college wrestler. As a professional speaker myself I can honestly say that you MUST hear Rohan’s message. It will inspire you to realize that you, too, can do anything you set your mind to!”
Jeff “The SalesPro” Goldberg

“As a teacher with 30 years of experience, I have attended a lot of student assemblies that promised to be life-changing and inspiring. Rohan Murphy did just that when he came to my middle school. To have 650 students listen so intently for over an hour showed how engaging he was. With heart, humor, and humility he shared his story in a way that touched so many of my students. Many children often feel powerless, but Rohan made them all feel empowered that day. His ability to connect with the students and engage them showed a natural ability to teach. His presentation was the best we have ever had here. Students and staff alike said that they were moved in a way that they had not felt in a long time. The standing ovation of the entire student body and staff said it all!!”
Bernadette Kralji 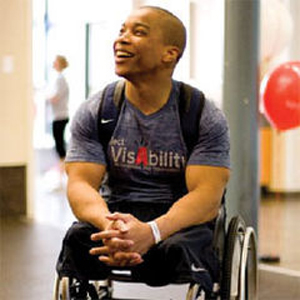 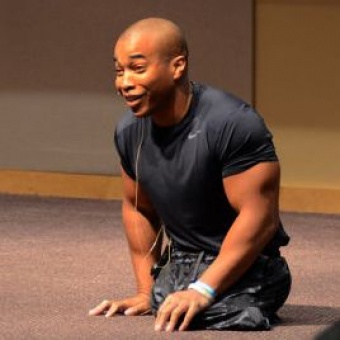