Rob Quillen resides in Omaha, Nebraska with his lovely wife, Sue Anne, and their two beautiful children John and Abigail. For the past eight years, Rob has traveled across the country sharing his story about 9-11. His story has, in fact, been so interesting and inspirational that Rob has appeared on NBC’s The Today Show, The Evening News with Tom Brokaw, ESPN and has also appeared several times on NASCAR.com.

Rob’s remarkable story has also been featured in two books, Chicken Soup for the NASCAR Soul and Fields of Thunder: The Story of the Kansas Speedway. He has also written for various NASCAR related websites. Rob got his start by writing for Jeff Gordon Online, and eventually moved on to penning for Race Journal Online.

Recently, Rob released his first book entitled, Why Wait? Fulfilling Dreams from Tragedy. Since its release in August, the book has already won The Honorable Mention Award for the best book of the year at the London Book Festival. Additionally, it has been announced Why Wait? is currently being reviewed for a movie opportunity in Hollywood.

Rob has spoken to a variety of groups over the past eight years including church organizations, chamber of commerce events, fundraisers, and corporate retreats. A highlight for Rob was when he was recently invited to present his speech at the Governors of England’s House in London!

Maybe the best part about Rob’s story is that there isn’t an audience in America that wouldn’t benefit, and learn, from listening to it. It is unique, it is heartwarming, it is inspirational and it will cause you to recognize and appreciate that there is a very special gift inside each and every one of us. Rob will share with you how to unlock that gift and use it for the good of others. You will absolutely love Rob’s story.

“Rob Quillen recently spoke at our 2017 National Utility Contractors Association of Nebraska Conference. His story inspired our members as he told us about his 9-11 experience. We were encouraged, challenged and compelled to reach out and help other people’s dreams come true. A couple of our members told me afterward that Rob’s speech was the best they had ever heard! The standing ovation at the end said it all. Our entire group was captivated by his presentation and we thank MidAmerica Speakers Bureau for booking Rob for us…he was terrific!”
Janet Seelhoff, Executive Director, NUCA of Nebraska

“Barry and Tyler, Rob Quillen did a fantastic job and was well received by our group! He was there in plenty of time in the morning and stayed after the meeting to sign his book until everyone left. We highly recommend Rob to other meeting planners!”
Ron Keller, Internal DI Wholesaler, Ameritas

“Rob Quillen’s performance at our annual event was engaging and inspiring! Rob is so approachable and down to earth, and his message is extremely heartfelt. There are few speakers who can engage a crowd where time just flies. Rob is one of those few.”
Vickie Klein, Executive Director, Phelps Co. Community Foundation, Holdrege, NE

“I would give Rob Quillen’s presentation a 5 out of 5. After the meeting, I overheard members saying this is the best speaker they have ever heard at a general membership meeting!”
Dave Skutnik, SagePoint Financial

“I thought Rob’s speech was great! I went home after the meeting and read his book cover to cover. I honestly could not tell you the last time I read a whole book. My wife was equally amazed that I actually read a book! My kids are next in line for reading it. What a great story for teaching compassion and making people’s dreams come true.”
Kyle Sawyers, Farm Bureau Financial Services

“On a scale of 1 to 5, I would rate Rob Quillen’s speech a 5! He had a great message and had me on the edge of my seat the entire time!”
Jamie Cole, Ryder Rosacker McCue & Huston Insurance Services 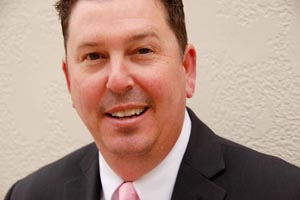