Paul Bryant grew up on the streets of North Omaha. As he puts it, he lived through “the good, the bad and the ugly.” Through his many experiences, Paul became what most people today would call a survivor. Not only did Paul Bryant survive, he thrived!

Paul’s career includes a Senior VP position with The Gallup Organization. He has also been a business banker and officer with Wells Fargo and the First National Bank. He previously served as the Interim President and CEO of the Urban League of Nebraska, and was President and CEO of the United Minority Contractors Association. He is the founder of the Leadership Institute for Urban Education, and a board member of Leadership for Life.

Paul holds a master’s degree in both Urban Studies and Urban Education. He received the Martin Luther King “Living the Dream” Award from the Mayor of Omaha, and the University of Nebraska’s Alumnus Achievement Award. He was named the “Facilitator of the Year” by INROADS Inc, and a Black Achiever by the YMCA, as well as an Achiever to Watch in the Millennium Success Guide. Additionally, he has been chosen as one of the Ten Outstanding Young Omahans by the Junior Chamber of Commerce. He also hosted his own radio show.

In 2009, Paul finished his first book entitled, The Purpose-Living Leader™ in which he describes the differences between a “profit-driven” and a “purpose living” leader. The book was an immediate success, and was even nominated for a Pulitzer Prize! Within one year of being published, Paul’s book served as curriculum on the campuses of the Metropolitan Community College, the University of Nebraska – Omaha and Creighton University. In fact, Paul has served as an instructor at all three institutions, and was honored as the “Teacher of the Year” at Creighton University in both 2010 and 2011!

In 2005, Paul walked away from a 25-year corporate career to become the Executive Director of the Wesley House, a struggling non-profit corporation. Taking that risk placed Paul on the path to fulfillment, and he is now on a mission to help as many people as he can find their own purpose in life, and to become the leaders they were meant to be.

Paul has addressed numerous local, national and international audiences. Suffice it to say that with all of Paul’s experiences, knowledge, teaching and speaking, he has a great deal of insight to share with his audiences. As one audience member recently said, “I love listening to Paul Bryant. He is motivating, intelligent, humorous, inspirational, and he just plain makes me think more than most of the speakers I’ve heard.”

“The inspirational message of how faith and hope plays an integral role in becoming the kind of leader who will demonstrate integrity has especially taken on fresh meaning, given the current debate surrounding health care reform. I have always tried to do the right thing based on what I believe will benefit the majority of Nebraskans; the message of your book certainly rejuvenates my spirit in that belief.”
E. Benjamin Nelson, United States Senator

“Leadership Hastings (Nebraska) was very excited to have Paul Bryant deliver the keynote for our annual Tom Osborne Leadership Seminar. We felt his Nebraska background, coupled with the success he’s had in business, education and as an author, made him the perfect choice. He did just a superb job relating to everyone in our audience, which wasn’t easy because it ranged from middle school students to business professionals. He kept the crowd engaged and interested, and left them with plenty to think about. We’ve heard very positive comments about his presentation and we’re extremely glad he was a part of our event.”
Dennis Kellogg, Tom Osborne Leadership Award Committee

“CONGRATULATIONS on the new book and the Pulitzer Prize nomination. What an accomplishment! You make us proud!”
John E. Christensen, Chancellor, University of Nebraska-Omaha

“Paul Bryant recently spoke to our organization and I must say he did an outstanding job! He is a very professional, polished and enlightening speaker. He has done some amazing things in his life, while at the same time overcoming some very difficult challenges early on. He is very interesting to listen to, and I would not hesitate for a moment to recommend him to any group in any industry!”
G. Greg Wilson, President-Elect, State of Nebraska Association of Insurance and Financial Advisors 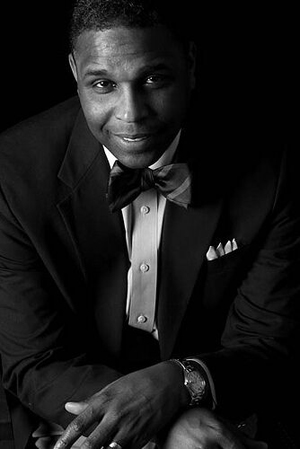