One of North America's Most Versatile Professional Speakers

He’s spoken to over 3,000 audiences in the United States, Canada, Australia, Malaysia, the Bahamas, the Philippines, and Mexico.

In 1990, Mike became the first and only speaker to receive both of the National Speakers Association’s highest honors in the same year. The CPAE Speaker Hall of Fame Award (Council of Peers Award for Excellence), presented to him by Dr. Norman Vincent Peale (only 185 other speakers have received this prestigious award…including Zig Ziglar and General Colin Powell) and the CAVETT AWARD, the most cherished honor in the speaking industry, only given to one speaker each year.

In 2004, Mike was a recipient of the “Legend of the Speaking Profession” award. Fewer than 50 speakers in the world have received this recognition.

“Every Department is the Customer Service Department”

“Effective Customer Service Starts at the Top” (for management only)

“Mike was a great speaker who really understood our problems. We were impressed he investigated our industry as much as he did.”
Brian Gay, Midwest Free Community Newspapers

“Mike did an outstanding job for us, using excellent ‘real-life’ stories and illustrations our people could relate to.”
Doug Frankel, Travelers Shoppe

“Mike was outstanding. He hit all the points we asked him to. We recommend him to any sales audience.”
Mike Calicchio, Plastics Color Corp.

“Our people really enjoyed Mike. He was entertaining, participative, and practical. We look forward to having him back.”
Pat Clemens, Blue Cross/Blue Shield of Michigan

“Mike, both your ‘keynote’ and ‘breakout session’ were excellent and received high marks. They really seemed to appreciate your knowledge of the audience and ability to communicate that to them.”
Brad Ross, Ohio Federation of Soil & Water Conservation Districts

“You received a unanimous rating of excellence. You certainly made an impact on our salespeople and were an asset to the success of our conference.”
Douglas Hermanson, Computer Network Technology 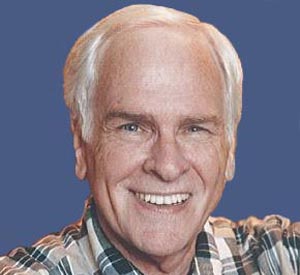