John Iannarelli served as an FBI Special Agent for 20 years, during which he was a SWAT team member and participated in the investigations of the Oklahoma City bombing, the 9/11 attack, the shooting of Congresswoman Gabrielle Giffords, and the Sony hack. Among his many FBI assignments, John served as the FBI’s National Spokesperson, on the Cyber Division Executive staff, and was as an Assistant Special Agent in Charge overseeing all Criminal, Cyber and Counterintelligence investigations. He was recognized with the FBI’s Director Award for Distinguished Service.

A former San Diego Police Officer and attorney with international studies at Oxford England, John is admitted to the practice of law in California, Maryland, and Washington DC. In addition, he is the recipient of an Honorary Doctor of Computer Science in recognition of his contributions to the field of cyber investigations. John was also an NFL Security Representative responsible for securing public safety throughout the football season and the Super Bowl.

John is the author of five books, including, Why Teens Fail and What to Fix, a parents’ guide to protecting their children on the internet and other dangers, and, How to Spot a Terrorist; Before It’s Too Late. His recently released fifth book, Disorderly Conduct, examines the lighter side of law enforcement and the humorous moments during his FBI career.

John is a frequent on-air contributor for the national news media and has been profiled in Forbes. He provided live on-scene coverage from Las Vegas of the Mandalay Bay mass shooting attack as it occurred. An engaging and entertaining keynote speaker, John is a National Speakers Association Certified Speaking Professional known for sharing his intriguing insights combined with his superb sense of humor. He has presented to Fortune 500 companies, domestic and international audiences, the United Nations, and the Vatican, where he has personally met on several occasions with Pope Francis.

Cybersecurity for Your Business
Why rob a bank when a criminal can steal far more while sitting in front of a computer? Beyond just money, the sensitive personal information of both employees and clients is attractive to the cyber thief. Additionally, remote work technologies like Zoom and webinars have provided cybercriminals with new ways to disrupt business and steal what is yours. Sadly, every year millions become victims because they did not know how to protect themselves from cybercrime. By using examples of actual FBI cases, John reveals the ways you and your business can be vulnerable to a cyberattack, the threats inherent with remote technologies, and how you can protect yourself.

Key takeaways:
(1) The latest cyber vulnerabilities.
(2) How to avoid becoming a victim.
(3) What to do if a cybercriminal does attack.

Active Shooter Awareness & Preparedness
The audience will hear behind the scenes stories of many of the most recent mass shootings, how they happened, how they were planned, how law enforcement responded, and important clues that could potentially prevent future such tragedies. The presenter has responded to two school shootings in progress and on behalf of the FBI to the shooting of Congresswoman Gabriel Giffords. John was also present in Las Vegas when the Mandalay Bay shooting occurred, where he then served as an on-air Law Enforcement consultant for the Fox News Channel, CNN NBC, and other national news programs, giving him inside access to the crime scene. This access in addition his having responded to numerous other critical incidents as an FBI Agent and police officer, gives John unique knowledge not possessed by others.

Key takeaways:
(1) Being able to protect yourself and family should an active shooter situation occur.
(2) Warning indicators to identify those who plan such attacks.
(3) Key steps to take during an attack to stay safe, and what to do afterward to recover.

This presentation references FBI John’s book, How to Spot a Terrorist; Before It Is Too Late.

How to Spot a Terrorist Before It’s Too Late
How many times have we heard the phrase “If you see something, say something.” However, when has anyone ever told us what we should be paying attention to see. John answers this question, sharing how you can help prevent the next terrorist attack by noticing a few simple indicators to identify someone who might be planning an act of terrorism. The audience will hear behind the scenes FBI stories, not otherwise discussed with the public, detailing some of the most infamous acts of terrorism that have impacted the United States, to include the Oklahoma City Bombing, 9/11 and the Orlando Airport shooting, just to name a few. Likewise, the audience will also learn of attempted attacks that were prevented that the public never knew happened.

Key Takeaways:
(1) Be able to protect yourself and your family if you are amid a terrorist or active shooter event.
(2) Being able to spot a terrorism planning event before it is too late.
(3) Know how to respond to keep yourself safe.

This presentation references FBI John’s book, How to Spot a Terrorist; Before It Is Too Late.

Leadership Lessons Learned Through the FBI
Through story telling of FBI investigations, the audience will hear the lessons learned that are applicable to today’s business world. John shares inside stories from behind the scenes not otherwise shared with the public, detailing high profile cases, such as 9/11, the shooting of Congresswoman Gabby Giffords, the Enron collapse, and more. Likewise, the audience will also hear valuable insights from other investigations never before discussed outside of the FBI. As is often the case with law enforcement situations, the audience will find this valuable presentation equally informative and frequently entertaining.

Key Takeaways:
(1) Identify the skills necessary for leadership.
(2) Learn to recognize leading by example.
(3) Leverage the skills sets of your employees so that they may succeed.

John was great! One attendee told me that he was the best speaker we have ever had and he doesn’t give out many compliments.”
Marcia Barnes, Administrative Assistant, Performance Bankers, Inc.

“America was safer when John Iannarelli was with the FBI because he is the real deal. He is very smart, savvy, committed, a great presenter, funny, a prolific author and he’s all about integrity.”
Jerry Colangelo, Businessman & Director, USA Olympic Basketball

“The information delivered by John at our ‘Breakfast with a Side of the FBI’ session was a real wake-up call for our business community. John’s presentation bypassed the ‘geek speak’ and cut to the chase with practical info on what businesses can do to protect themselves in today’s vulnerable online environment.”
Scottsdale Arizona Business Chamber of Commerce

“Aside from John’s impeccable credentials, his presentation was knowledgeable and thought provoking. Despite the serious nature of the subject matter, John interjects humor at the appropriate moments and allows the audience to relax in order to better learn.”
DTMMS

“John’s presentation was as informative as he is entertaining. He makes training enjoyable causing the audience to want to hear more.”
University of Hawaii Department of Public Safety

“Over the years we have invited John to provide multiple presentations. He is always dependable and prepared, sharing his wealth of knowledge and frequently making our audiences laugh!”
HMG Strategy

“WTF; Why Teens Fail What to Fix”
We’ve all seen some poor adolescent spiral out of control and hoped that it would never be our kid making those kinds of mistakes. Why do some teens self-destruct? Can we communicate a little differently? Can we teach or encourage a little more? When do we let them make mistakes and face the consequences and when do we jump into their rescue? This book contains true stories of parents and teens, written by ten different professionals who interact with teens in a variety of ways. Cops, teachers, administrators and counselors all provide valuable insight to parents about how to help your teens avoid the serious pitfalls of adolescence and capitalize on their mistakes for future success. BUY HERE

“How to Spot a Terrorist; Before It’s Too Late”
How To Spot a Terrorist – Before It’s Too Late is written to help prevent and stop terror before it happens. Yet, terror may still find us and we need to know what to do if it happens (if the innocent workers at the site of the San Bernardino attack had read this book, maybe there would have been less carnage). Iannarelli has devoted an entire chapter on what to do if terror finds you and he’s included a resource guide in the book to enable readers to get more information and guidance on things like creating a family disaster plan. BUY HERE

“Disorderly Conduct”
John Iannarelli (a.k.a. “FBI John”) served for more than twenty years as an FBI Special Agent and was also the Bureau’s national spokesperson. His investigative work included the Oklahoma City Bombing, the 9/11 attack, the Sony hack, numerous bank robberies, kidnappings, and other assorted crimes. But if you are looking for those stories this is not the book for you. While most law enforcement matters are deadly serious, there’s another side to the job that every cop, agent, trooper, investigator, and detective knows is humorous. Disorderly Conduct is a collection of the lesser-known true stories from the FBI, though not less entertaining. Witness the oddities of an FBI Agent’s job, from the memorable arrests to truly bizarre search warrant discoveries. Disorderly Conduct takes the reader behind the scenes to reveal the lighter moments of law enforcement that are arrestingly funny. BUY HERE 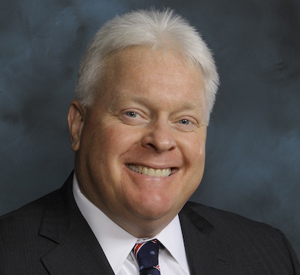