Jack Guggenmos has been involved in secondary education in Nebraska his entire professional career. In his four years at Dorchester, six at Arlington, and twenty at Aurora, he was a social studies instructor and head football coach. During those thirty years, he also assisted in basketball and track. In his years as a coach, Jack served as the President of the Nebraska Coaches Association as well as an eight-year stint on the Executive Board of the National High School Athletic Coaches Association; the last six of those years as their National Football Chairman. He also served as an assistant and head coach in the Nebraska Shrine Bowl Football Classic. Reaching Level IV on the Career Milestone Award in football and being recognized with the Skip Palrang Award would rank as highlights in a thirty-year coaching career.

Guggenmos’ years in athletic administration began in Aurora where he served as middle school athletic director for three years. In 1998 he moved to Waverly and became their athletic administrator and activities director, a position he has held for the past twelve years.

Firmly believing that high school athletics is the “best game in town” and that more can be learned and more can be taught on a field, court, mat, track or diamond than anywhere else, Guggenmos has strived to create a “commitment to excellence” in his coaches, athletes, student body, and parents at Waverly High School. A strong advocate of sportsmanship at the high school level, Jack has set an example for his coaches and athletes by serving on the Nebraska Sportsmanship Committee, being a frequent presenter at the Sportsmanship Summit, and serving as an evaluator during state basketball tournaments.

Hoping to give back in some measure to what he has received from his profession, Guggenmos has served on the NSIAAA Executive Board for nine years, the managing committee of NSAA District 1 for three years, the Nebraska High School Sports Hall of Fame Executive Board for eleven years (of which he is now President), served on numerous NSAA Ad Hoc Committees, hosted the State Volleyball tournament for nine years, the Boys and Girls State Soccer Tournament for six years and continues to host district and sub-district tournaments throughout the year. Receiving Distinguished Service Awards from the NSAA and the NSIAAA along with The Friends of High School Sports Award from the Nebraska Coaches Association are highlights in a forty-two-year career in what Guggenmos believes is the greatest profession on earth.

“They Call Me Coach”
Drawing upon 44 years of experience in the coaching profession, Guggenmos looks at the “power” of a coach in today’s world. Geared for coaches and coaching staffs at any level of participation, this presentation explores the role and significance of a coach in not only building championship programs and teams, but, more importantly, in building champions for life.

“Sportsmanship – Doing Things the Right Way”
It’s not whether you win or lose, but how you play the game! Or is it? This presentation looks at the vital role sportsmanship plays in the development of our value systems in today’s sports-oriented society.

“You Will Never Know”
For teachers, coaches, administrators – educators of all kinds and at all levels – this high powered presentation focuses on the vital role educators play in the lives of the young people who cross their paths each and every day. Educators make a difference; sometimes they make “all” the difference. This presentation will help them understand how crucial they are in this process and how to function more effectively in it.

“Leading from the Pack”
The “speed of the leader determines the speed of the pack.” Organizations, teams, schools are constantly looking for that one individual who can take charge of their group and move them to the front. This presentation looks at where you can find that leadership in your organization and how it can be developed to get your group where you want them to be.

“Thank you so much for the inspiration you brought to our symposium last Friday! You did exactly what I had hoped for…you inspired many and brought our group a little closer together. My supervisor, Ms. Axdahl, was very pleased with your presentation and thanked me for suggesting that we invite you to speak. I had several…not just a few…teachers come up and thank me for bringing in a speaker that actually meant something to them. This was the best symposium we’ve ever had, and much of it was because of your caring attitude and your enthusiasm for education!”
Jim Amos, Education Supervisor/Lead Teacher, Tecumseh State Correctional Institution

“Jack Guggenmos is a first-class individual, educator and coach. He is also a proven leader and winner! He understands what it takes to run successful programs and has the innate ability to deliver the message. Jack gave a super presentation to the parents during our Plattsmouth Sportsmanship Kickoff Night. After witnessing his presentation, I would highly recommend Jack Guggenmos as a speaker to any group, be it staff, students, parents or community leaders.”
Shaun Brothers, C.A.A., Athletics & Activities Director, Plattsmouth High School, Plattsmouth, NE 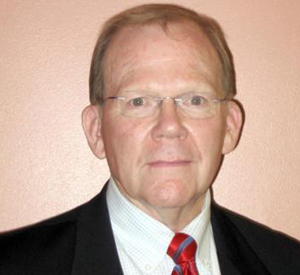