David Coleman is known worldwide as The Dating Doctor℠. He has been honored 14 times as The National Speaker of the Year and was the first speaker ever to win the National Entertainer of the Year Award. The Association for the Promotion of Campus Activities (APCA) honored him with their Lifetime Achievement Award for Excellence in Entertainment. David is a highly sought after coach, speaker, entertainer, radio and television personality, and product endorser. He was also a featured speaker for TEDx Cincinnati.

David received his B.S. in Speech Pathology and Audiology (’83) and his Master of Arts in College Student Personnel (’85) from Bowling Green State University (BGSU). His most recent book, Infinite Inspirations, is an anthology of remarkable true stories that empower and inspire. His previous works, Making Relationships Matter and Date Smart! are well respected and continue to impact lives worldwide. David has also contributed to four outstanding collaborative efforts including Leadership’s Greatest Hits, Let Your Leadership Speak, Why We Hover, and Keys to Success in College and Life.  David has a story featured in the national best seller, Chicken Soup for the College Soul (The Boy Under the Tree).

David has been featured in such fine publications as Men’s Health, Women’s Health, Glamour, Celebrity Living, Mademoiselle, Women’s World, Cosmopolitan, The USA Today, The Wall Street Journal, The Washington Post, and The New York Times. He has been featured on CNN, FOX as well as on all major television networks and hundreds of radio stations and podcasts worldwide.

David has spoken to more than 3,000,000 people live worldwide and impacted another 50,000,000+ through his appearances on radio, television and in print. Audiences at more than 3,000 college campuses, military installations, corporations, conferences, churches, civic and social groups have experienced his energetic and entertaining programs. He has been a featured speaker for all branches of our Military Service as well as PURINA, Sprint, Merrill Lynch, The Kroger Company, Federated, and civic organizations such as Junior Achievement, Circle K International, MOPS and Mortar Board, Inc.

David received a National Service Citation from President George Bush, and has served as a spokesperson for the Intercontinental Hotel Group (IHG), Microsoft’s Streets and Trips Campaign, Abbott Labs (Humira), English Leather Cologne, and Coca Cola’s Fuze brand. Mortar Board honored him with their Alumni Achievement Award and his alma mater, BGSU gave him their Distinguished Alumni Award.

“I cannot thank you enough for what can only be described as the best presentations I have ever seen. Not only are you a master at your craft, but every person left feeling as if your words were directed specifically to them. Your impact upon people cannot accurately be measured.”
Arianna R., Director, Maritime Academy, NY

“David generates change within each individual he engages. It’s been amazing to see the before and after results of David’s impact on our staff. Many employees lingered following his training, as they had gained new insights, felt an invigorated sense of purpose, and didn’t want their time with him to come to an end. He pours himself into every attendee, filling their empty tank with encouragement, hope, and purpose. David’s energy is contagious. I highly recommend him to any group or company that is seeking a game-changer.”
Beverly M., Human Resource Professional, Organizational Development Office Coordinator, Elgin, IL

“David gets to the heart of what matters most in an entertaining, life-changing way. His impact on people is magical and happens in mere minutes. I witnessed it firsthand and it happened to me.”
Sonia A., Communications Director, MayQuist Consulting

“David took a room full of hardened, seasoned military personnel, skillfully led them to bond as a team, and they left as an inspired, unified family that was ready to deliver on a call to action.”
John M., BOSS Coordinator, United States ARMY

“David incorporated our company’s pillars and goals into his presentation seamlessly and effectively. It was the perfect complement to our efforts to rebrand, reinvigorate, and re-energize.”
Dan H., President, Concept Services

“Mr. Coleman, you are one of the most inspiring speakers I’ve ever heard and time spent with you is worth more than money can value. You inspired and motivated me, and my brothers, but more importantly, the information you shared was exactly what my fraternity needs to hear and I will share it proudly with them. Thank you for the amazing experience and personal growth. You are not only an exceptional speaker, but a compelling leader. I look forward to hearing you again.”
Orion N., Phi Sigma Kappa 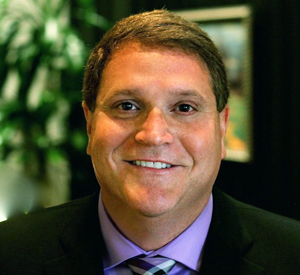