Mrs. Schmidt isn’t exactly a household name. She certainly doesn’t have a voice that most audiences would recognize. Yet, she is the character that launched Ken Block’s career.

Mrs. Schmidt was Ken’s 9th grade math teacher in Great Neck, New York. It was she who first said, “What do you think you are, a comedian? If you open your mouth one more time…” Of course, Ken did open his mouth one more time. He didn’t say anything, he just opened his mouth!

Ken soon advanced from doing imitations of his teachers to doing impressions of celebrities as teachers. Imagine Arnold Schwarzenegger as an English Teacher, and you get the idea.

Ken’s parents have always been very supportive of his career choice. When he told them he had become a doctor, they were thrilled. They just never thought he’d be Dr. Phil and Dr. Ruth all in the same evening.

In addition to the entertainment industry, Ken also had aspirations of becoming a professional baseball player. After being scouted by the New York Yankees, he attended college in Florida to pursue his dream. Somewhere along the way, he noticed that not only were the girls attracted to the many athletes on campus, they really liked the one guy on stage doing impressions! Goodbye baseball, hello comedy!

Ken has become one of the most versatile comic impressionists on the scene today. He performs in venues across the globe, from theaters, cruise ships, corporate events and showrooms from Hawaii to Atlantic City. With over 100 impressions in each show, spanning over 50 years of singers, comedians, politicians and show business luminaries, his universally received performance has something for everyone.

“If you are lucky enough to see a Ken Block show, you will laugh, you will cry, but most of all, you will be entertained.”

His is a show you will never forget. Experience it for yourself.

“Anyone who is lucky enough to see Ken Block will be truly entertained.”
Curtis Young, Convention Manager, Kaua’i Marriott, Hawaii

“Your presentation is thoroughly clean, universal and the kind I am proud to have associated with the Hilton organization.”
Charles Webber, Production Coordinator, Hilton Hotel-Grand Junction, Colorado

“Thank you so much for the wonderful talent that you have brought to the Starbright Theater. My husband and I have attended most of the shows that have been presented since we became residents. By far, one of the very best acts that has been presented is Ken Block. The audience was completely engaged last night during his performance. We and the others seated around us were baffled as to why the theater wasn’t sold out. I’m guessing it was because this was his first performance here.”
Pat Vaughn

“Our residents were so delighted along with not being able to stop laughing with the material you presented. It was different, it was creative and new from what they have experienced over the past few years. Three standing ovations ‘WOW’! I can’t remember the last time anyone stood up and clapped.”
Debra Goomrigian, Valencia Lakes 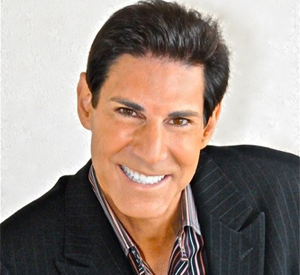