Changing the Way We Do Business

Art Mortell, at the Project Leadership Conference in Paris, France, was billed as “America’s number one technology motivational speaker.” Of over thirty speakers at the Wharton School Security Industry Institute, he was rated number one. Selling Power magazine has listed Art as one of the top ten speakers in the United States.

Art has recently presented in Australia, The Bahamas, Canada, England, France, Jamaica, Mexico, Poland, Singapore and Spain. As a professional speaker since 1967, he has given over six hundred presentations for IBM, five hundred for Smith Barney, four hundred for Coldwell Banker, three hundred for Morgan Stanley and three hundred for Merrill Lynch, as well as one hundred each for Wells Fargo and UBS.

He has a graduate degree from the City University of New York, was a sales representative for IBM for five years and taught at Pasadena College for four years. Art has also conducted executive conferences at Pepperdine University in Malibu as well as a guest instructor at California State College in a class entitled, The Psychology of Emotions.

Art’s most recent books include, from McGraw Hill, The Courage to Fail, and from Dearborn, World Class Selling.

World Class Selling: How to Turn Adversity into Success
Mastering the Persuasion Process. The Stages of the Persuasion Process–Relationships and Results; Managing Resistance; Overcoming Objections; The Challenge of Closing; Relating to Everyone. Achieving Excellence. Developing Your Potential; The Value of Stress; Maximizing Performance; Achieving Your Objectives. Buy here

Enjoy Failure, Be Amused By Rejection, Thrive on Anxiety and Benefit From Whatever Happens
Success begins in your imagination. The Ability to Fail. The Anticipation of Failure and Visualizing the Future.

The Courage to Fail: Art Mortell’s Secrets for Business Success
Aims to show business readers that failure and rejection are problems only if they’re allowed to produce debilitating anxieties. To forestall this chain reaction, Mortell helps readers gauge their attitudes toward failure, and outlines strategies for converting potentially paralyzing anxiety into added energy that assures creative results. Buy here 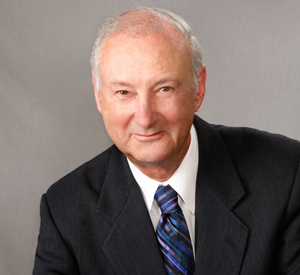